The concept of 'cover' versions of pop songs has changed over the course of the recording era. A long time back, when songwriters were as central as performers, the public would hear dueling versions of the same song released more or less at the same time, somewhat negating the idea that one version was primary and the other a 'cover'. Later in the songwriters' era, hit songs would commonly be recorded by multiple artists, often in different styles. Consider 'Mack the knife', a hit for Bobby Darin and Ella Fitzgerald in 1959/1960, which pulled Louis Armstrong's version from four years prior back onto the charts, too. Technically, all of these are covers, since the original is from 1928.

In the seventies and eighties, as songwriting lost some of its primacy, covers were common, but more likely to be recorded years after the 'original' version had been released. When Naked Eyes covered '(There's) always something there to remind me', their fans had to be told who Dionne Warwick was, much less Sandie Shaw, R.B. Greaves, or Burt Bacharach and Hal David. When Soft Cell tacked their cover of 'Where did our love go' onto their cover of 'Tainted Love', it was an exercise in new wave nostalgia.

The phenomenon of covers as homages during live performances has existed for a long time, too. Artists commonly take the live opportunity to perform a song they admire, by an artist they admire, as a way of paying tribute to their influences, or even just gratifying their impulses.

For the most part, calling something a 'cover' has denigrated it; it implies that it is secondary, unoriginal. Lately, though, the identity of cover versions seems to have shifted again, along the lines of live concert homages. Artists are regularly recording their own versions of originals that are brand new. In some cases, those artists are even invited to do so by the artists who released the 'original' version, and the cover version appears on the same single as the original. 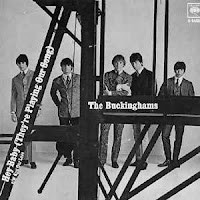 One of the earliest examples that comes to my mind is four years ago, when Postal Service released their single for 'Such great heights'; the CD5 included a version of the song performed by Iron And Wine, and a cover of another Postal Service track, 'We will become silhouettes' by Shins. In both cases the songs are radically reinterpreted by the covering artists, but obviously with the approval of Postal Service. More recently, LCD Soundsystem released their single for 'All my friends', including a cover version of the song by Franz Ferdinand. (That's a particularly interesting case, since the Franz Ferdinand version turns out to be better than LCD Soundsystem's...)

The phenomenon is pervasive in the less-than-official realm; on a weekly basis cover tracks turn up on the blogosphere. This spring Arctic Monkeys did a bang up version of Amy Winehouse's 'You know I'm no good'. Two weeks ago 30 Seconds To Mars recorded possibly their best work to date - official or otherwise - in a rather unexpected gloomy head trip version of Kanye West's 'Stronger', on a live show.

The more common form of covers is alive and well, too; Mark Ronson's Version is an album's worth, and compilations like Nineteeneightyseven and Guilt By Association are devoted to them explicitly. But I am enjoying the phenomenon of the simultaneous tribute. The tone of these covers is somehow noncompetitive. There's a general sense of camaraderie, and artists don't seem to be threatened by them. They contribute to the general climate of cross pollination, as it were, in modern music, which can only be a good thing. And in some cases, they're a real treat.
† †
Labels: LIGHTS IN THE WOODS [essays on special topics in music]
Newer Post Older Post Home