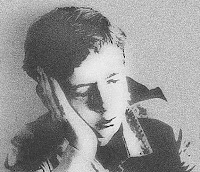 I'm intrigued by the ebb and flow of new releases in the indie music realm. In October and November there were literally scores of them each week. Here in January, it's dried up. I don't grudge Stephin Merritt all the attention he's getting this week with the new Magnetic Fields album, but he's getting it almost by default; it's pretty much the only notable release - what else is there to talk about?

My guess is that the promotional strategy used for most indie artists still relies heavily on touring, and so the fall, when the semester has started back up but the weather's still nice, is a great time to send a band out. But I can't help thinking that by now there must be more people finding music on the internet rather than being fortunate to be in one of the towns the band passes through. How many people take the time to go check out bands that they don't already like to some extent?

If I were a small label, I'd be looking for lulls like this one, mid-January. Everyone is scraping for material for their sites; this past week one of the most influential sites in all of virtual indie music-dom reviewed Idlewild's greatest hits package - that has no new material and came out in October. (Again, no lack of love to Idlewild.) Clearly there's a void to be filled.
† †
Labels: LIGHTS IN THE WOODS [essays on special topics in music]
Newer Post Older Post Home