Is this an epithet which I see before me 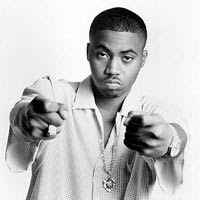 I remember a discussion in one of my college classes about the power of symbols. In an effort to convey the potency a symbol can contain, the professor noted that the swastika had existed for thousands of years before the Nazi movement appropriated it; he asked if it were conceivable that the swastika could ever be recovered? That is, diluted back into our lexicon to the point that it was no longer inextricably linked to the nadir of humanity, as it is now? We doubted it.

Only a few words, symbols that they are, come close to the swastika in embodying such reprehensible inhumanity that we will collectively do almost anything to avoid them. (Mainstream media will use euphemisms - 'n-word' - rather than print them.) Those few words have stopped being words, and have become archetypes that engulf meaning, rather than pointing to it.

Words like these can get people demonized for using the word 'niggardly' - an innocent word that is twice victimized by its obscurity and by its homophonity. The actual slur received a new opportunity to rattle us this past week when Nas announced that it would become the title of his forthcoming album.

Not 'nigga', either, it was stressed. That mutation is equivocally accepted under the aegis of liberation ideology, as a reclamation by a marginalized group of the original term used to oppress them. No, Nas will use the original, the corruption of 'negro' that hypostatizes the archetype of racial destruction as much as the swastika does.

I don't have answers to those questions, but I have some ideas. I think it's clear that attempting to sweep our uglier moments as a species under the rug only hurts us in the long run; the Holocaust denial movement might be the most obvious example of that. As people, and as peoples, the way to overcome our negative impulses is to acknowledge they are there, and then work to eliminate the ignorance and ignorant fear that is at the heart of our ugliness.

Freedom of speech is important not only because it protects the speaker, but also because it protects us, too, in a way. It gives us the opportunity to know what's in the speaker's mind, and address it, if necessary. That goes for the racist hatemonger - I'd prefer to know what I'm dealing with, rather than have to guess. And it goes for Nas, too - I'd rather know what it means to him to make a statement like this than have to guess.

I think Nas should put Nigger out. (In full disclosure, I'm not going to buy it; I'm not a fan of his music. I wonder how I would feel if I were?) What better litmus test could we construct for the state of racial identity and race relations in our time? I would hope, though, that instead of rushing to the familiar, safe sound bites and empty postures we all know too well, we'll undertake a more rigorous discussion.

We could pull down so many houses of cards. Why do we believe there is such a thing as black America or white America? Why do we believe that race is in any way an accurate description of a person? Why do we ask others not to stereotype us based on our race (or a handful of other descripters) but then go ahead and stereotype ourselves? Why, when we are ignorant about someone, do we have the impulse to maintain that ignorance? Why do we take the things we dislike most about ourselves and project them onto others?

A pop album (or its title alone?) is unlikely to contribute significantly to the discussion of any of these topics. But it just gave me the opportunity to think and write about them. I hate that word, and everything it stands for, all of the ways it demonstrates my faults and failings as much as my society's. But I have to love it, too, because I have to claim it, as difficult as that is. I will need a lot of help to heal it in myself, and to heal it in the world.
† †
Labels: LIGHTS IN THE WOODS [essays on special topics in music]
Newer Post Older Post Home