Into the blue again, after the money's gone 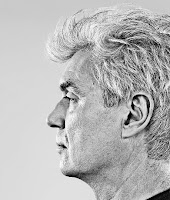 I don't normally read Wired, but a friend put the January issue in my hands, knowing that I'd be interested in David Byrne's article analyzing current trends in the recording industry. Major labels are watching music sales revenue slip further out of their grabbing hands. New media and new distribution are killing popular music, they would have us believe, as they blur the distinction between new forms of creative and financial control and illegal filesharing.

Those tirades are understandable, considering how much money is at stake. But there has been a dearth of substantive, rational discussion of how the recording industry can and should respond to changes in the ways we hear and consume music. Mr Byrne has filled that void with one penetrating article, presenting a remarkably coherent and well-reasoned state of the musical union. Smart record executives at all levels in all types of labels may already know everything in this article, but they would do well to consider the advice it gives, even though it is giving advice more to musicians than to them. The article suggests why major label strategies aren't working as well as they did thirty years ago, and why their responses to change have thus far been largely ineffective. It also shows them how they might adapt to these new conditions and endure, rather than going the way of the mimeograph.

Mr Byrne explains that in the past, capital invested was what determined revenue earned. It was expensive to create recorded music, expensive to produce it as a commodity, expensive to distribute and promote it. But the revenue from success easily outweighed all those costs. Few individuals could participate on their own terms because the overhead was simply too high.

That scenario no longer holds true, and the DIY album no longer sounds like a DIY album (unless, of course, you want it to.) Nor is it limited to the number of cassettes someone can dupe on a boombox. Individuals have quite a few options to take control of their music, their income and their careers. It's a work in progress, with all kinds of details still shaking out, but the bottom line is that music is moving forward, and the top-heaviest parts of the industry are lagging behind, because they struggle to see music beyond a capital-in / revenue-out investment.

I particularly like that this article achieves an optimistic tone. There is no doubt that music and musicians will endure, and it is liberating to remember the simple truth that music does not equal recording industry, and that success (even prosperity) does not equal album sales. One doesn't even have to retreat to idealistic abstracts to form those conclusions; Mr Byrne gives a concrete example of an artist who is succeeding quite well using each of the six models he describes. It's an excellent map, showing us how music, musicians and even the recording industry can move through this new landscape, forming new relationships and letting go of emotional stubbornness along the way. Music and business aren't natural adversaries; both will benefit by getting out of the ring. Great food for thought.