I Was Totally Destroying It - Preludes 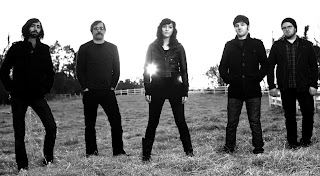 He who hath to be a creator hath first to be a destroyer... - Nietzsche


I Was Totally Destroying It are set to release not one but two albums in 2011.  The first, Preludes, out April 12 on Greyday Records, is the sound of a band making what should be a well-deserved transition from an exciting regional act to a much more widely appreciated group.
IWTDI might be described lazily as a power pop act, and that is occasionally appropriate; various songs on Preludes are right at home in the power pop lineage, nodding to Cheap Trick, Posies and Velocity Girl.  Ultimately, though, power pop is an inadequate frame for this album and this band; IWTDI make use of early new wave and indie rock elements, and are unafraid to make bold departures from all of these.  For this album that is both a strength and a weakness: one after another, the tracks on Preludes offer fresh things to admire, leaving a collective impression that is not quite unified enough to cohere into a whole.  The songwriting, handled primarily by co-lead vocalists John Booker and Rachel Hirsh, is strong enough that it's clear IWTDI will have the luxury of focusing its style as it sees fit.
Preludes explores a broad spectrum of relationships and personas, many tinged with darkness.  The more aggressive ones are sung by John - 'Wrecking ball' opens the album with the nihilistic declaration, "I may hate myself, but I hate you all so much more."  (Later, on 'Twenty thousand' he'll snarl, "Where I go I don't see or hear you, and that suits me fine.")  The more reflective ones are sung by Rachel, who in track two, 'Control', shifts that me-versus-the-world stance into a more triumphant anthem.  With its new-wave shadings (think Sounds or even Metric) and completely infectious oh-oh, oh-oh-oh chorus, 'Control' begs to be a single.
John and Rachel both bring a lot to the table as vocalists - he in the family of power pop vocalists who actually can sing; she as a chameleon who can sound like Bridget Cross one moment, Cleo Murray the next, and Dolores O'Riordan the third.  And IWTDI boasts obvious musicianship across the board; James Hepler's muscular but unpretentious drumming is a secret weapon wisely used.  Everything comes together on sleeper first single 'Regulators' - three songs in one, really, from its Pixies intro and insouciant verses, to its unexpectedly wistful chorus, to its even more unexpected gorgeous outro with guitar and synth lines that shimmer into the fade.
At times IWTDI pushes for the arena; "Twenty thousand' is a heavyweight cousin to Jackson Browne's 'Running on empty'.  Other songs are achingly pretty, like "All get lucky', possibly the Posies-est track on Preludes, though that song's lyrics rely too much on cliches.  Even prettier, though, is "With you now', sounding like Cranberries doing an Oasis song, and delivering some of the most affecting lyrics on the album: "Living by the notion of fairytale devotion..."
But Preludes holds its boldest, most unorthodox track till the end, with no foreshadowing at all.  'Fight/flight' wears a love of Kate Bush on its sleeve, with the rhythm section paying homage to 'Running up that hill' and Rachel doing the Kate-est of vocal exercises in the bridge.  It's a stunning song that walks a tightrope between paranoia and legitimate fear; as often as Rachel repeats, "It's only in your head," the comfort is undercut by the climbing chord progression and her glossolalia.  'Fight/flight' makes the strongest case that IWTDI is capable of forging a musical identity that will resist easy categorization, making them a band to watch.
Preludes has its missteps.  'Out tonight' is serviceable, but weak in this company.  'The key & the rose' - a surreal reworking of 'Fight/flight' - would be piquant as that song's b-side, but it comes across as self-indulgent as the album closer.  (Outtakes like jangle-poppy 'Halloween' or post-punkish 'The hollow men' would have been welcome in its stead.)  While many of the production choices are truly inspired, the non sequitur introductions to several songs feel arbitrary.  But these are quibbles; there is so much here to enjoy and adore.  Preludes may well be overshadowed by the quick arrival of IWTDI's next album; I hope tracks like 'Control' and 'Fight/flight' get the attention they deserve in the interim.
I am very interested to see what the next year holds for I Was Totally Destroying It.  It will be a crime if Preludes doesn't live up to its name, and serve as the introduction that garners them greater appreciation from a much wider audience.
I Was Totally Destroying It official web site
† †
Labels: LIGHTS IN THE WOODS [essays on special topics in music]
Newer Post Older Post Home